Erica BERMAN, Sharon SANTONI on capturing (and blogging) about the essence of FRENCH Living.

As Cocteau famously said “The French are Italians in a bad mood”. Although this saying might well hit the nail on the head, some people still believe our latin charm and seduction are going strong and are dedicating their time to bringing it to you on a platter, most likely found in a charming sunday morning brocante in Normandie.  Erica Berman and Sharon Santoni have a lot in common. Respectively from the US and England, they share an insatiable appetite for all things French and are attracting tourists from all over the world with the promise of divulging all their secrets to capture that elusive “Je ne sais quoi”. Whether it is by renting a lovely apartment in the heart of Montmartre or a week-end away, breathing in the fresh air of Normandie, one thing is certain, France still has it even if one must sometimes look through other eyes to see it.

ALOUD: Erica, could you start by describing how your holiday rental business Haven In Paris began?

ERICA BERMAN: I went to France after college. I ended up adoring Paris and staying. At the time, I had a boyfriend who became a business partner. We bought a little studio together in 1994 and started renting it to tourists. It worked really well and from that, we developed a business. After a number of years working together, we went our separate ways and I started “Haven In Paris” in 2005.

ALOUD: Could you explain the concept of “Haven In Paris”?

ERICA: Basically, we rent out really nice apartments in great neighbourhoods of Paris. In addition, we can recommend a whole network of services providers in Paris which cover anything the client might need from massages to tours. Whatever it is, we can find it for them. We are trying to provide a unique experience that they most likely wouldn’t have in a hotel. We also provide holiday rentals in Provence and Tuscany but 98% of our business is in Paris. 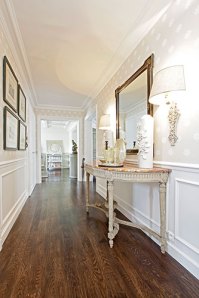 ©Photos copyright of Haven In Paris

ALOUD: When and how did the “HiP Paris” blog come about?

ERICA: It is two-fold. First, I was looking for a creative outlet to talk about things going on in Paris, France and Italy. I love to find cool, off-the-beaten-path places and things to do. The other half is that it is a great way to draw more clients to Haven In Paris while providing a resource for people visiting Paris or just dreaming of it.

ALOUD: Do you let your plans and ideas evolve naturally?

ERICA: I usually know where I’ll be for the next year but rarely beyond that. I’ve never been one for detailed future planning. When I started Haven in Paris, I realized that if I had to do a business plan, I probably wouldn’t start a business, so I just went with it. 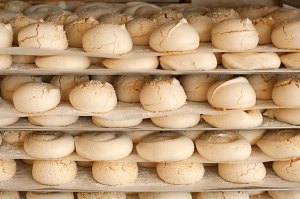 The HiP Paris blog is an ever growing resource on all things Parisian. These photos were taken to illustrate an article on a boutique meringue shop in the Capital. ©Photos taken by Julien Hausherr.

ALOUD: Do you define a limit between your life and your work?

ERICA: I work all the time, late at night, early in the morning. It’s never finished and because I work from home, it is hard to limit.

ALOUD: Are there skills or experiences you would like to add?

ERICA: I would love to speak other languages, learn photography better, travel more, have more business experience. All sorts of things. I am learning Italian at the moment which is great.

ALOUD: What do you envision for the next 5 years?

ERICA: It’s an ongoing project. We’ve been growing the blog. We want it to become to best blog on Paris. Adding some more Paris properties, and maybe in Provence and Tuscany as well but without becoming too big.

ALOUD: In conclusion, are the risks worth the rewards?

ERICA: Definitely, I work a ton but I would not want it any other way.

If you just feel like daydreaming about life in the Capital, visit HiP Paris Blog and when your dreams turn into a reality and you find yourself strutting the cobble stoned streets of Paris, you’ll know where to find the best accommodation on Haven In Paris. 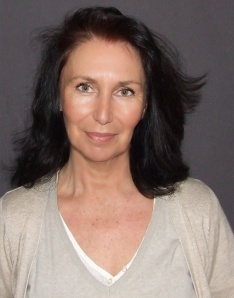 ALOUD: Sharon, how would you describe your occupation?

SHARON SANTONI: I am a jack-of-all-trades, a master of none. I have 4 children and I decided that I wanted to really concentrate on bringing them up so the whole idea of a career was pushed to one side. Now that they are aged between 13 and 20, I know that this whole “empty nest” thing is looming around the corner so starting my blog and everything that came from that was a delibirate decision to find a new direction. Once you get the ball rolling, things just happen and in particular, through the blog, I have come to realize that I still can see France from the point of vue of an “étrangère” and say “wow, that is so French”. I think that’s what helps me write for people who are really dreaming about living here.

ALOUD: How long have you been in Normandie for?

SHARON: We moved to Normandie 18 years ago. We were living in Paris and when I was expecting our second child, we decided that we wanted to live in the country. We looked North, South, West and East of Paris and it was Normandie that attracted us the most. It’s a very pretty part of the world and also, it makes it very easy with my family still being in England.

ALOUD: Why did you feel the need to write the blog “My French Country Home” about your life in France?

SHARON: I didn’t actually know what a blog was 18 months ago. An american friend had sent me an email telling me to have a look at her blog. That is when I realized that there was actually a creative side to it, she was writing extremely well, her photos were good. I started visiting other blogs and I felt like someone had opened the door on a really fun party that was going on and I just wanted to join in, to be part of it. In the back of my mind, I had always known that our “cadre de vie” is photogenic and that there are things in our everyday life that other people would enjoy hearing about so it became the natural thing to start writing about. I only talk about things that I really enjoy and from that has come the whole antique and brocante side as well.

ALOUD: Could you tell us more about that?

SHARON: One thing I really enjoy here are the “foires-à-tout” and “brocantes”. It naturally came onto the blog and I got a huge amount of interest on the topic.  People started to ask me if I could find certain things so I started by putting a few bits for sale on etsy and from that I moved on to having a little brocante site which is attached to my blog. This spring and summer, I am going to the next step where I am actually going to be welcoming people to come and stay for a few days and just soak in real authentic French life in Normandie. 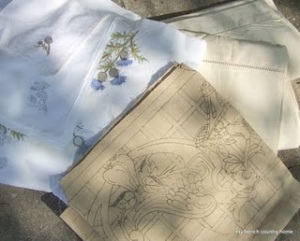 ALOUD: Do you get a lot of tourists coming through Normandie?

SHARON: There are quite a few people who come this way each year.  Before the blog, I had many english guests because they could drive down quite easily. Since the blog, people have been coming from all over the world. One of the motivations when we started the cottage was that I had 4 children I was trying to bring up bilingually and in the countryside, I was fairly aware that my children’s horizons were quite narrow. By having people coming in from abroad, we could open up their horizons a little bit.

ALOUD: What will you be offering to the people you will be welcoming into your home?

SHARON: People will be invited to make their own way from Paris to Normandie which is very easy. I’ll be there to pick them up at the station and from there, we will fit in exactly what they want to do. Their stay will be tailored to what they are interested in. I always try and give them something which they are not going to get on the normal tourist track. I think it is a new form of tourism which is intelligent and can be very enjoyable for both sides.

ALOUD: What difference do you think it makes for tourists that you are not French?

SHARON: I think it is comforting. I serve as an intermediary and I can be there to translate. I know the ropes perfectly so I can let them in through the back door into everyday French life but I understand exactly where they are coming from and appreciate the things that I know they are going to pick up on. Last november, I had the absolutely charming visit of three chinese ladies who read the blog. I told them that it might be grey and muddy at this time of the year but do you know what they wanted to do? They wanted to come here,  have some meals with us, walk in the forest, learn to bake a cake and visit just one brocante. It was very low-key but they got so much out of it and so did we. What I am offering is so personalized that whatever it is people are looking for, I can supply it. That’s why it works.

ALOUD: Of your current situation, what would you change?

SHARON: I like to try and really enjoy what I have got each day. Just getting through one step at a time, appreciate where we are in our life right now. I think that when you have children, it is something that you have to pass on to them. I do get concerned for our children’s generation that their life is going to be really difficult, economically and environmentally. I try to pass that on to them, that you have to make the most of what you’ve got and of each day. Doing your very best, always trying to do better, always trying to improve a little bit each day, I think that’s important.

Visit My French Country Home to follow the change of seasons in this picturesque valley in Normandie or even better, go spend a week-end there on your next French adventure.

Become a fan of the Aloud. Facebook page to see more links to previous profiles and additional links to websites, films, Art and more. You can also subscribe to this blog and receive regular updates directly to your email.